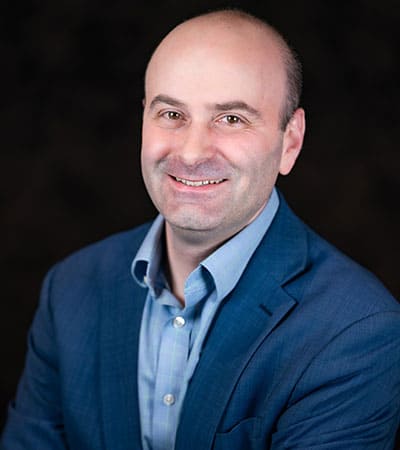 Rabbi Danny is the Senior Rabbi at Temple Shir Tikva. In his own words he is committed “to making Judaism relevant in the modern world,” believing that it offers many answers to the major problems affecting society today. In his rabbinic work he has looked for ways to engage people with their Judaism in new and creative ways.

In 2019 Rabbi Danny was a recipient of the CJP’s Chai in the Hub Award for Jewish leaders under 40. He also recently completed an UpStart fellowship for communal intrapreuners and he was a member of the inaugural cohort of the UJA Federation of New York’s Rabbinic Fellowship for Visionary Leaders. He is a regular contributor to the MetroWest Daily News, EJewish Philanthropy, and the Union for Reform Judaism blog. For several years he had a podcast Two Minutes of Torah, which was included in a list of the Top Seven Jewish podcasts.

Outside of the Synagogue Rabbi Danny is married to Micol, a Jewish educator, and together they are the proud parents of Gabby and Benny. While most of his time outside of the synagogue is spent with his family he still finds opportunities to follow sports (pretty much all sports). Since moving here he has adopted all of the Boston sports teams as his own, although his heart still belongs to his beloved Liverpool Football Club first and foremost. He is a big fan of the British TV series Doctor Who, and he would be happy to talk to you about it at length.

Cantor Hollis Suzanne Schachner has been delighted to serve on the clergy team of Temple Shir Tikva since July 2001. She believes in the power of music to bring people together in prayer, friendship, and across differences, and sees her leadership role as  empowering the congregation to find and use its own voice. She is passionate about learning and teaching Torah and is a dedicated pastoral counselor. Cantor Hollis is especially excited about enabling our community to explore new pathways to deeper connections through meditation, Mussar, Jewish yoga, and the contemplative offerings of the TST Center for Jewish Spirituality.

Cantor Hollis grew up in Miami, Florida, where she was a musical theatre major at the New World School of the Arts and studied in the jazz and vocal performance departments of the University of Miami, where her crowning achievement was fronting a Joni Mitchell Ensemble before graduating with double majors in Music and Judaic Studies. She was the Cantorial Soloist at Temple Israel of Greater Miami, where her voice was heard weekly throughout South Florida on a live Shabbat radio broadcast. During her studies at Hebrew Union College-Jewish Institute of Religion she served Temple B’nai Israel of Woodbury, Connecticut for three years until her Cantorial ordination in May, 2001.

Cantor Hollis is a founding board member of the organization “Uprooted: A Jewish Communal Response to Fertility Journeys,” and a past board member and frequent teacher at the Mayyim Hayyim Living Waters Community Mikveh and Paula Brody & Family Education Center, and has served as a coach for the Hebrew College Cantorial Program. She is a member of the second Clergy Leadership Program cohort of the Institute for Jewish Spirituality and is currently training in the Manchim: Advanced Certification in Mussar Facilitation program of The Mussar Institute.

Cantor Hollis is still a musical theatre nerd who also loves throwing pottery, cooking for crowds of friends and family, reading, traveling and camping. She and her husband, Cantor Jeffrey Stock, are the proud parents of Gavriel and Liat who are blessed to have had the gift of growing up as children of Temple Shir Tikva. 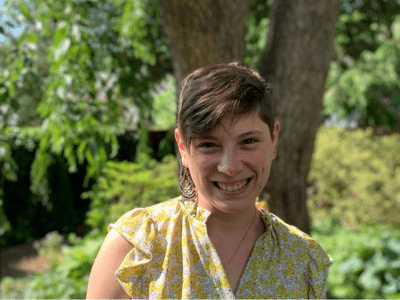 Heather Renetzky will be joining us as our new Student Rabbi, as a part of her studies at Hebrew College. She is currently the Director of the Boston-Area Jewish Education Program and working as the Rabbinic Intern at 2Life Communities where she offers pastoral care, Jewish services, and learning for the residents. She is also the Centennial Lecture Series Teaching Assistant at Hebrew College, which has involved an exploration of Judaism’s approach to communal and existential challenges.

In 1986, after more than ten years of leadership as a day school headmaster and Jewish Communal Relations professional, Rabbi Blumberg returned to congregational life by assuming the Rabbinic leadership of Temple Shir Tikva.

During his 19-year tenure, Shir Tikva’s membership, congregant participation and new programs grew significantly, making Shir Tikva more than a place of worship. The synagogue developed into an inviting and welcoming environment where Jews of all ages could gather in search of knowledge, spirituality and community. Under Rabbi Blumberg’s guidance, Shir Tikva became a Reform congregation that embraced Jewish tradition and sacred teachings viewed through modern and post-modern lenses. Rabbi Blumberg retired from his post at Temple Shir Tikva in July, 2005.

Currently Rabbi Blumberg is a member of the Religious Services and Palliative Care staff at Hebrew Senior Life. His work focuses on counseling patients and families who are facing serious illness and end of life concerns. Rabbi Blumberg is also a spiritual care coordinator at the Hospice of the Good Shepherd, Newton, Massachusetts, and a member of a Community Ethics Committee, affiliated with Harvard Medical School, which deliberates on significant bio-medical ethical questions.

Rabbi Blumberg and his wife Paula have three grown children, several grandchildren and reside in Newton. 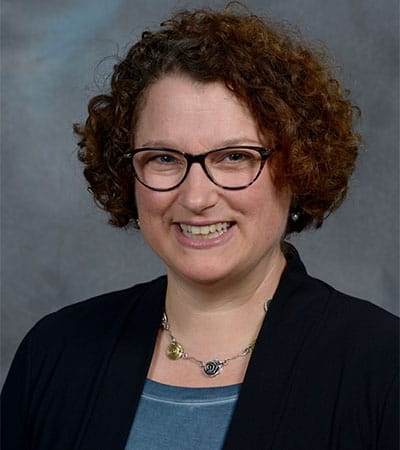 Alison Weikel joined Temple Shir TIkva in 2018 as our Director of Education and is responsible for meaningful and engaging learning programs for our Kindergarten through 12th grade children and teens. Alison’s commitment to Jewish education is based on the idea that Judaism, Jewish community, and Jewish learning can offer us something we cannot get anywhere else. She believes strongly in listening to children and teens and to their parents, providing flexibility, support, and solutions to difficult situations.

Alison’s background includes undergraduate and graduate degrees from the University of Pennsylvania as well as certificates from the Mandel Teacher Educator Institute and the University of Cincinnati in Jewish educational leadership. She is one of the 2014 National winners of the Grinspoon Award for Excellence in Jewish Education. Alison came to us from The Valley Temple in Cincinnati, Ohio where she was Director of Education for almost 10 years.

Before entering Jewish education, Alison spent several years in public education in Pennsylvania, New York and Germany. She is a strong believer in ongoing professional development and mentoring of teachers and has presented and published on several topics including reflective practice, innovation, teacher inquiry, and practitioner research.

Alison lives in Carlisle with her husband, Rob. They have  two college-aged children, Josh and Maddie. When she is not at TST, Alison loves to garden, cook, and read, and she’d love to talk to you about any of those interests! 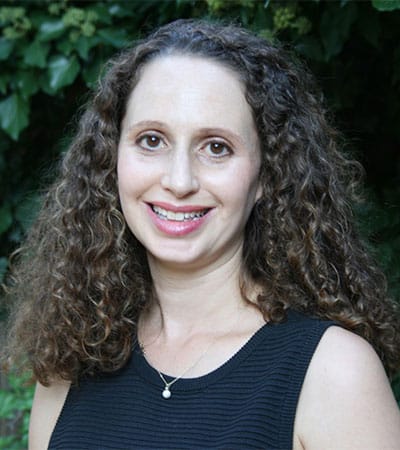 Stephanie joined the ELC in July 2020 after more than 17 years as a teacher in the field of early childhood education. During her tenure as a teacher, Stephanie has had experience working in classrooms of all ages, from infants to pre-kindergarten. Her background includes an undergraduate degree in Early Childhood Development and Education from the University of Connecticut, and a M.Ed from Lesley University in Integrated Teaching Through the Arts.  She has studied the Reggio approach to early childhood education in Reggio Emilia, Italy, and spent a summer teaching preschool in Taichung, Taiwan.

Stephanie is passionate about the Reggio Emilia inspired philosophy of education, in which teachers and parents work as partners in their children’s education. She understands the importance of creating an environment with parents and teachers that will inspire creativity, curiosity and foster a sense of wonder in children. She finds great joy in working with teachers to design rich provocations and invitations for learning that will allow children to engage deeply in the world around them.

Stephanie lives in Framingham with her husband, Abraham, and two young children, Gabrielle and Micah. She is delighted that she and her family have found a home here as part of the Temple Shir Tikva community. 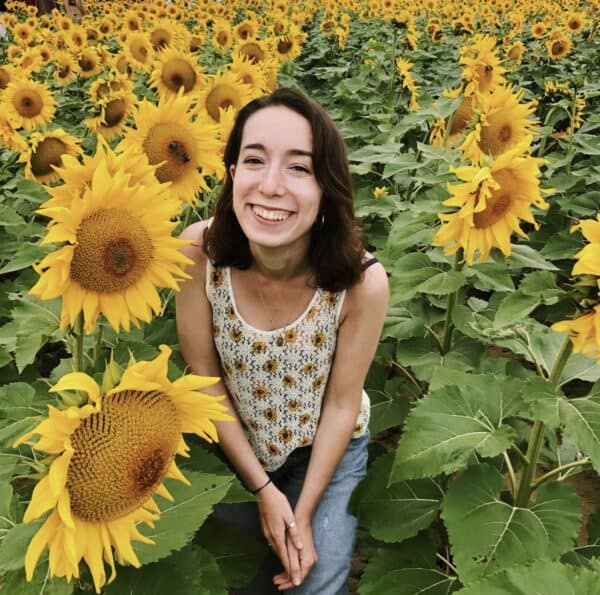 Jenna is thrilled to be embarking on her fifth year as the Director of Youth Engagement here at Temple Shir Tikva, and to continue building on the relationships she has established in her first four years. Jenna grew up in Westchester, NY and attended Tufts University, where she majored in English and minored in Film Studies.  Jenna grew up an active member of her Temple’s youth program, and worked as a counselor at URJ Eisner Camp for 4 summers; she credits her deep passion for Judaism to her years of teen involvement and as a camper and counselor at Eisner.

In her role, Jenna serves as the coordinator for our Madrichim (teen classroom leadership) Program; an educator in AISH (our teen learning program); the advisor for STIFTY (our teen youth group); the facilitator for our new tCubed program; and the manager of all Junior Youth programming. She has also taught both Hebrew and Judaics in our 6th Grade program, and she is excited to be supporting the learning in our Hineini Grades K-6 learning program.

Jenna is passionate about elevating teen voices, the power of storytelling in all forms (written, visual, and performative), and creating compassionate, joyful Jewish community. She is also a slam poet, amateur swing dancer, and a “retired” softball player.

Jenna is beyond excited to welcome your children to TST, and to get to know as many of you as possible! You are always welcome in her office, and she will always have a snack on hand for those who seek it.

Amy has been a part of the Temple Shir Tikva team since the fall of 2019. She joined the Temple after working in development for the Arthritis Foundation and in cause marketing for New Balance. Her background includes a B.A. from Brandeis University in American Studies, and a J.D. from Brooklyn Law School. Amy practiced criminal law in New York for several years prior to transitioning to the development field. Amy also has extensive experience volunteering for multiple organizations in fundraising and event planning. Outside of the Temple, Amy enjoys spending time with her husband, Seth, her daughters, Emerson and Ava, and her dogs, Riley and Kensie. 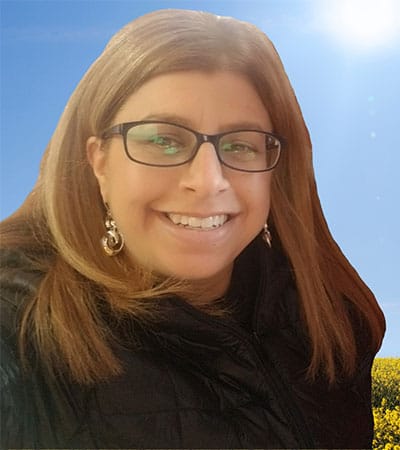 Assistant to the Clergy

Karen Edwards has been part of the TST team since April 2006 and calls Natick, MA home. When she’s not working with our clergy and community members, she loves to garden, volunteer, host Shabbat meals, and learn Torah. She has a daughter, Rivka, who lives in Brooklyn.

Christina Loftus has been in the role of Office Manager for almost two years. She lives in Wellesley with her two children, Brooke and Lincoln. Before coming to TST, Christina graduated from Ohio Wesleyan and has held a real estate license, working with residential clients and non-profits. Christina is the president of the Wellesley Hills Junior Women’s Club, working to raise $200,000 a year for grants and services for the community. 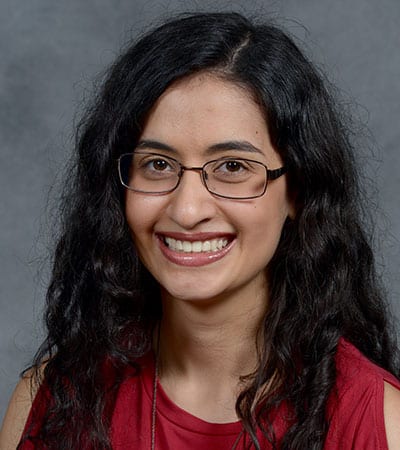 Marissa is going into her fourth year working in the ELC, but she has been working and volunteering at Shir Tikva since she was a teenager! She started out as a madricha and volunteered in the office during the summers throughout high school and college. She also assisted the Ed Team before starting her current position in the ELC. Marissa and her family moved to Massachusetts from New Jersey when she was a teenager. They live in Sudbury with their adopted betta fish Eyeball (named by the Gazelle class of 2020). Marissa graduated from Smith College in 2016 with a BA in East Asian Studies. When she’s not working with the youngest members of our community, Marissa likes Sudoku, listening to music, and spending time with friends and family. 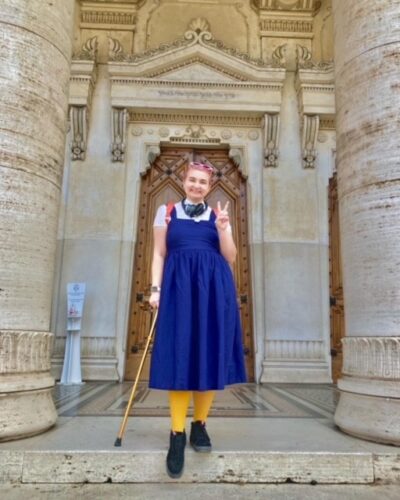 Andie is entering their second year at TST, having started in their role as Education and Communications Assistant in June 2021. They graduated from Brandeis University with degrees in Health Science and Policy and Gender Studies. While they were there, they fell in love with Judaism, converted, and hope to pursue a career in the rabbinate. They love to sew historically-inspired costumes, bake, and watch the Bachelorette with their girlfriend Sam and their cat, Orion.