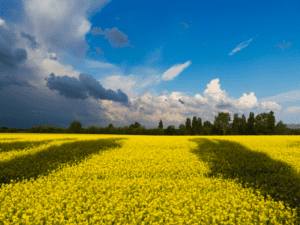 My grandfather’s story as i know it comes from bits and pieces that my mother told me over
the years. I was close to my grandfather but only experienced him as an old man, he was our
Zayde. He died at the age of 76 when I was six years old. He looked ancient to me and I
never had any thoughts of him other than of being elderly, but of course he was once a young
man with plans and dreams and his unique story. Recently my sister and my remaining first
cousins met on Zoom to hear each other’s stories and exchange information handed down
from his children; my mother, Rebecca [Betty], and my two uncles, Barney and Henry. Both
generations are gone now and there is no longer anyone to ask. We realize our stories are now
third hand and yet we cling to them as we are so hungry to know more about our origins and
what our grandparents experienced. We claim these precious fragments as our own history;
there is no one left to either corroborate or correct them.

There were a large number of Jews in Ukraine at the time my grandfather was born. It was a
part of Russia then and we always said our grandfather came from Russia, now we know it as
a separate country. Jewish people had lived there for close to 1,000 years. It was in the Pale of
Settlement, an area decreed by the Government where Jews were allowed to live. Laws were
harsh and both their livelihoods and their children’s educations and professional prospects
were severely limited. They lived with the fear of progroms and even experienced them. There
were more than 300,000 Jews living in Ukraine at the time my grandfather Louis was born. The
year was 1873 and the place the small town of Koretz, about 170 miles West of Kiev. He was
the oldest of 16 children. Not all lived to adulthood and not all came to America, but I did know
several great aunts and uncles who were fortunate enough to come here.

My grandfather left Russia around 1900 or 1901. He left behind my grandmother his wife Julia,
our BubbeYiddis, and a baby, my Uncle Barney who was born in 1900. He arrived in Boston
and was met by cousins and lived with them in the West End of Boston. My grandfather did
establish himself and sent for his wife and baby who was now five years old. It took that long
for him to get them here. My grandmother was an only child and had never been away from her
mother. When my grandfather sent for her she had to leave her mother and, with her child,
cross the border into Western Europe. They eventually sailed from the port of Rotterdam; I
don’t know how she got there, but I assume by a long train journey. She arrived in this country
and made a home with her husband and their son. A year later my uncle Henry was born and
six years later my mother Betty was born. They were living in the south end of Boston and
eventually moved to Dorchester where my mother grew up.

When my grandmother first arrived she was lonely and missed her mother. She had literally
believed that the streets were paved with gold. She was unhappy and homesick so my
grandfather brought his mother-in-law, Ida Weber, to join the family. After she arrived here she
married Julius Klayman and became our Bubbe Klayman. My grandfather worked as a furrier
and was the foreman of a very large fur retailer. The busiest season for the fur business is
October through December. During those busy days my grandfather left the house at 6:00 AM
and came home close to midnight. My mother said while they weren’t rich, they never felt
poor. They had a nice apartment, the children had music lessons and there was plenty to eat.
They did not have hardship, but struggled in the ways immigrants did and still do.
I once asked my mother if she had asked her parents about what life was like in the old
country. She said she had asked them as she was curious herself. She was told only that life
was terrible. It had been hard work without rewards and many limitations; they never felt
nostalgic or romanticized about it. With the opportunities available in this country my two
uncles became medical doctors. My mother, typically in that era, was sent to secretarial
school but in a different era could also have become an excellent doctor. My great
grandmother knew about herbs and healing and my mother did also.

When I listen to the recent news from Ukraine I naturally think of my grandparents and I am so
filled with gratitude for their boldness and bravery. I think about the courage it took to leave
everything and everyone in their world and start over. Of course this is done when people, a
people, my people, are so unhappy, hungry, fearful and repressed that facing the unknown
becomes a risk worth taking. Today our family is alive and thriving because of a young tailor in
Ukraine who at the turn of the last century wanted to provide more opportunity for himself and
his family.